Fit the wonder cap — In the News

Web sites, magazines and newspapers can feature an interview with Fit the Wonder Cap, America's new animated home improvement hero from JAF Industries. You can even have Fit answer home improvement questions from readers.

"E-Caps fit any major-sized exhaust or intake pipe in both vertical and horizontal positions" states Kenneth Brown, president of JAF Industries. "They're UV resistant, hold up against extreme weather, and can be painted to match any roof" Brown adds.

Testimonials from various contractors are posted on the JAF Web site (www.FitTheWonderCap.com). "We invite you to read how others say how our E-Caps prevent rooftop plumbing or heating vent pipes from getting clogged, blocked, stopped up, or cracked as well as helping avoid the additional damage that ruined pipes could cause inside your dwelling" Brown notes. In addition, the E-Cap does not impede air flow in or out of the pipe.

The new product was launched into the public eye this quarter with an animated video starring Fit the Wonder Cap. Everyone can see how Fit saves the pipes on your roof by viewing the entertaining video here:
http://www.youtube.com/watch?v=m79yh2DGCbc

Brown is a former heating and cooling contractor for military housing. He made his first sales to an Air Force base. Now, the E-Cap is available for everyone. Constructed from GE's Geloy Resin®, they install in just minutes with a small application of PVC glue. The E-Cap is also recyclable.

In addition to the FitTheWonderCap Web site, JAF has merchandise, including t-shirts ("Fit Happens") and, of course, caps.

Don't miss this unique interview opportunity: Web sites, magazines or newspapers can feature an interview with Fit the Wonder Cap. Fit will even reply to home repair questions from readers.

To set up your interview with Fit,
contact Kenneth Brown at JAF Industries,
Tel: 405-606-1008
or jaf_industries@yahoo.com

Fit The Wonder Cap: E-Cap from JAF Industries Can Save Homeowners Thousands of Dollars

OKLAHOMA CITY, Okla. - Atop your roof are up to half-a-dozen vent pipes, each one open to rain, dust, debris, insects, birds, and nocturnal animals, but a new inexpensive product has arrived to provide protection. It's the E-Cap from JAF Industries. "For less than $10, homeowners can get safe, effective, environmentally sound protection with an E-Cap," states Kenneth Brown, president of JAF.

E-Caps fit any major-sized exhaust or intake pipe in both vertical and horizontal positions. "They may be painted, they're UV resistant, and they resist even extreme weather," Brown points out. "E-Caps can prevent rooftop plumbing or heating vent pipes from getting clogged, blocked, stopped up, or cracked," Brown adds, "as well as helping avoid the additional damage that ruined pipes could cause inside your dwelling."

As a former heating and cooling contractor for military housing, Brown made his first sales to an Air Force base. Now, the E-Cap is available for everyone. Constructed from GE's Geloy Resin®, they are recyclable and install in just minutes with a small application of PVC glue.

Consumers are learning about E-Caps through a video airing on YouTube and the JAF Industries site (www.FitTheWonderCap.com). All information about the E-Cap can be read or downloaded from the site and individual or bulk orders may be placed there as well.

The fully animated production introduces a new star of the DIY and home improvement world: Fit the Wonder Cap. See how Fit saves the put-upon pipes on your roof by viewing the entertaining video here:
http://www.youtube.com/watch?v=m79yh2DGCbc

To set up your interview with Fit,
contact Kenneth Brown at JAF Industries,
Tel: 405-606-1008
or jaf_industries@yahoo.com

OKLAHOMA CITY, Okla., Nov. 10 (SEND2PRESS NEWSWIRE) -- JAF Industries, creator of the E-Cap designed to protect exposed PVC pipes in the home, announces the release of a new online game that educates homeowners about the perils of nature and allows them to combat these issues through its new video game - Homeowners' Revenge.

The online game followed in the footsteps of a successful animated video that was also designed to educate homeowners about how exposed PVC pipes can lead to expensive repairs.

"This new, interactive video game is designed to give tormented homeowners a creative outlet while educating them and encouraging them to have a good time," Kenneth J. Brown, president of JAF Industries, explains.

Brown conceptualized the online game after the release of the video was so well received.

One customer tried the video game and said, "You have created a great complement to your product with Home Owners' Revenge. It is not only a way to educate potential buyers on the E-Cap, but it also gives homeowners a chance to understand and eliminate pesky hazards; the game can be addictive."

Homeowners' Revenge is set in Sunnytowne, USA. It tests speed and hand-eye coordination and gives homeowners virtual revenge. There are three proficiency levels: easy, hard and insane. If the player misses a falling leaf or bird, he is penalized and the Plum-O-Medic delivers the bill.

The video game demonstrates to homeowners how their homes may be at risk. Since the 1980s, many homes have been built with at least three PVC plumbing or furnace vent pipes on their rooftops. These vents are exposed to the elements, but they are necessary to safely release harmful gases and exhaust from the furnace and sewer lines.

Squirrels, birds, and other small animals may drop in nesting materials, nuts, or other debris through the open PVC top. Wind and rain may also deliver unwanted raindrops and leaves into the home's pipelines. Once debris gets into the pipes, a plumber or HVAC contractor is often needed. This can be costly and inconvenient.

The E-Cap is perfect for heating, plumbing and radon vents. It does not restrict airflow, easily installs in minutes, and is less than $10.

NEWS SOURCE: JAF Industries
Send2Press® is the originating wire service for this story. 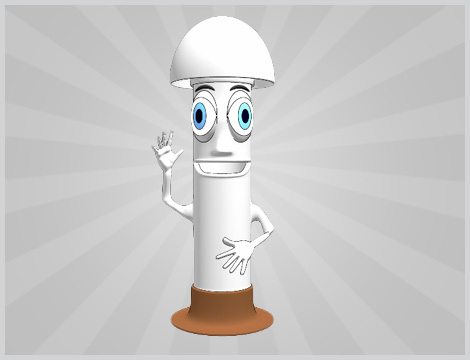 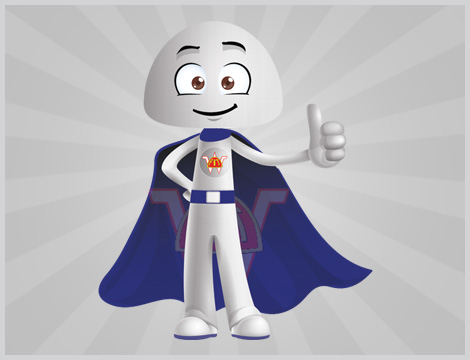 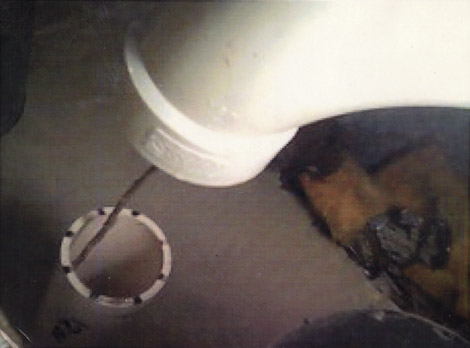 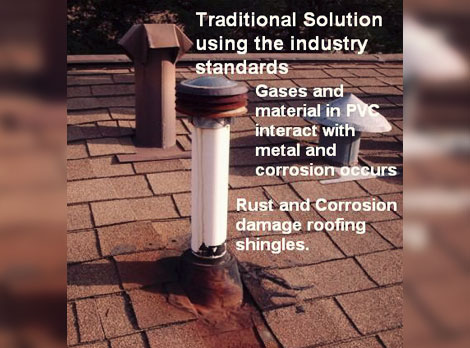 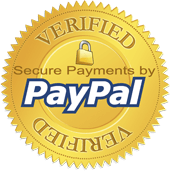